Common Fish of the Northern Territory

But there is so much more to fishing in the NT than Barramundi.

On any given day out fishing, you will have your target species. Yes, a lot of the time the target species would be Barra, but there are loads of other great fish that you’ll catch while chasing them. 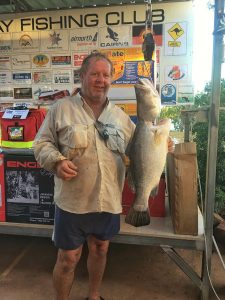 A mate of mine “Dave, Dave, Dave” with a nice Barra.

As mentioned above, they are very popular with anglers. And it’s so much fun catching a beautiful silver Barra in the wild. 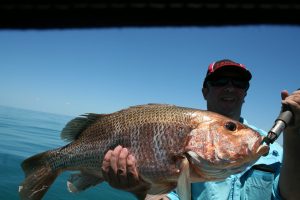 A good mate of mine “Bullfrog” with a Goldie.

These guys are superb eating and usually plentiful.  They can be caught in the rivers and creeks, but if you want to chase big ones, you need to head outside to the reefs. 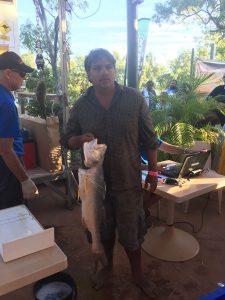 A mate of mine Sean weighing in a good Threadie at the King Ash Bay Easter Fishing Classic.

If you want to target Threadies, the mouth of rivers would be your best bet. The only Threadfin Salmon I’ve caught have been trolling for Barra along some mangroves near the mouth of a river where it opens out to the Gulf Of Carpentaria. I’m still yet to catch a real big one. 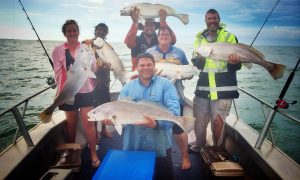 Awesome Jewie session. Just amazing when they are on the bite.

I’ve found Jewies are plentiful in the Northern Territory and they get big. I’ve seen loads caught well over a metre in length. They are great to eat fresh. Some people don’t like freezing Jewfish.

I find some days you can catch a heap of Jacks, and others you will get none. They are very common in the rivers and creeks. And like Golden Snapper, you can get really big ones out on the reefs. Far less common though. If you wanted to target big Jacks, I reckon you’d be better off fishing the East coast of Queensland. 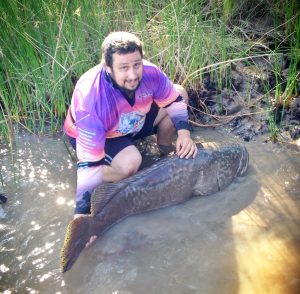 Massive Groper I caught off the river bank.

Some people love catching them and keeping them. But they are in my “vermin fish” category. They get thrown back. As one positive, you do get some absolutely gigantic cod and groper here in the Territory. They are good fun to catch, and they are so tough. You will never have a problem releasing them. 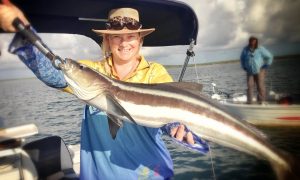 My missus Jazz with a surprise Cobia.

Target these guys just for fun. Such big, powerful fish. A couple more would include Tuna and Cobia. Sometimes you will see tuna jumping out of the water. You can chase them with your boat and throw a lure at them and be guaranteed a hookup. Good fun, but after you have caught a couple your arms will be buggered. 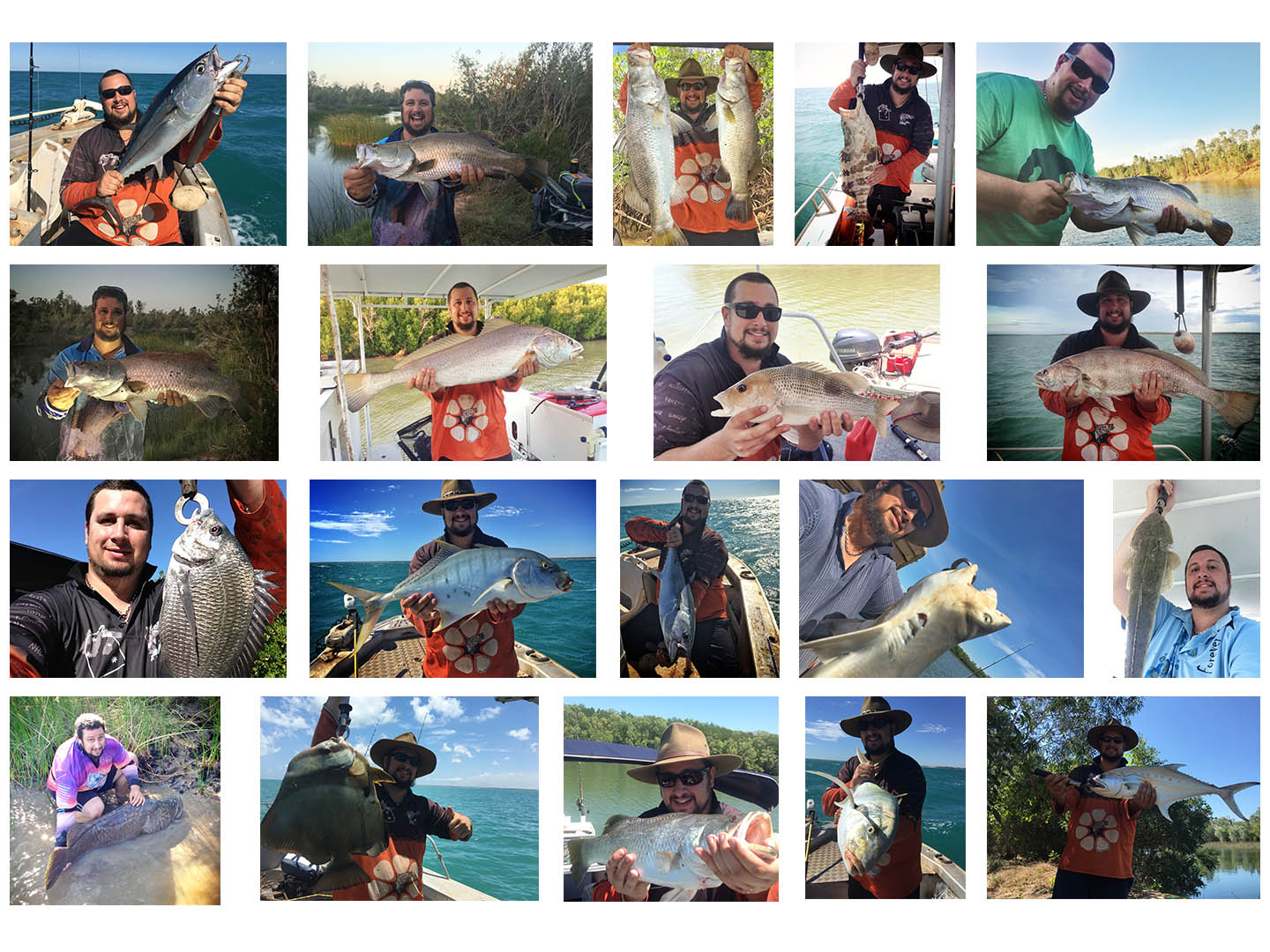 There are so many more fish that you can catch here. But I reckon I’ve mentioned the ones you might actually try and target on a day out fishing. The NT has some of the best fishing in Australia, and maybe even the world. Get up here and have a crack at it.